The documents provided on this and other pages of this site are for the convenience of website users.  The documents are not all of the documents or instruments affecting the Districts, Association or ownership of property at Cornerstone.

Owners are responsible for obtaining and reviewing all documents of record and otherwise affecting his/her property, including without limitation, all documents relating to title, the neighborhood , the Association, and the metropolitan districts.  If you require a district document not available below you may request a copy by submitting a public records request to Marchetti & Weaver LLC.

The Districts impose several one-time fees to provide funding for operations, capital, and/or debt service and operate based off of rules and regulations which were adopted by the Boards.  For the current fee schedule please refer to the Water & Waste Water page of this site.

Below are the documents which define the functions and operating procedures for the Owners Association.

Costs related to the installation of roads, water, sewer, and other public infrastructure are financed by the Districts, subject to an overall debt limit of $30 Million.  In 2010 District No. 2 issued two sets of Bonds, Series A and Series B.  The Series A Bonds are primarily secured by the taxing ability of the District, subject to a maximum debt service mill levy of 40 mills.  The Series B Bonds are subordinate to the Series A Bonds and are secured primarily by the development fees collected on lots sales.    The offering documents, which provide an overview of each issuance are below. 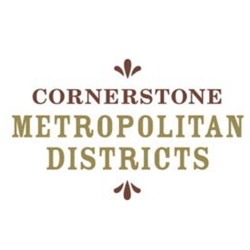